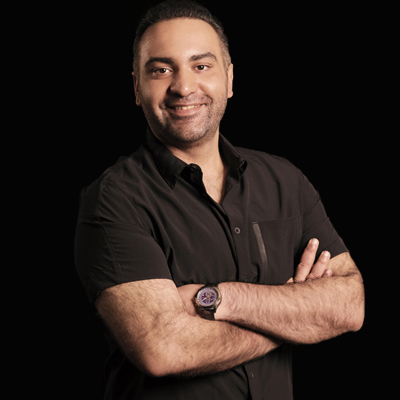 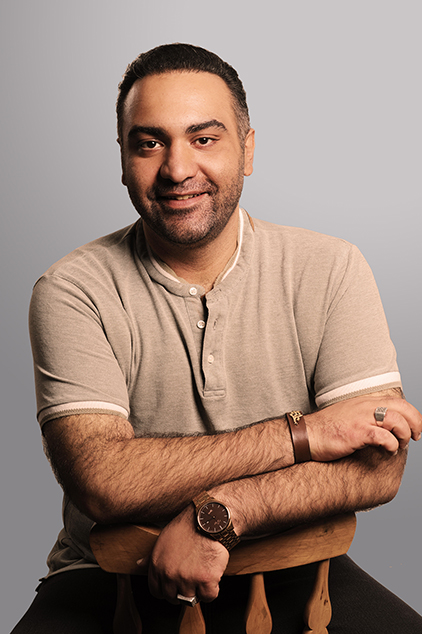 Born on January 15th, Tehran, Darous neighborhood, (September 10th in the birth certificate) in a family of renowned artists, he is the only son of Abbas Tajvidi, a famous violinist.
At the age of 13, with the help of his father and the Shabahang film company, he entered motion pictures, and in his first professional performance, he made the film "Detention Center" directed by Kupal Meshkat, starring Jamshid Aria, Mohammad Matie, etc., for television broadcasting.
Alireza holds a professional applied science degree in AdobePremier and Edius software.
Compiled more than 90 TV ads and video clips, non-cinematic films and music videos. Among his collaborations in cinema, we can mention the collaboration with Pouran Derakhshandeh, Ahmad Qadakchian, Fereydoun Joorak, Mohammad Reza Khaki, Ali Oji, Habib Allahyari, Hadi Meshkat, Iraj Sarbaz, Ali Pedar Asgari, etc. But over time, with interest in his family history in the field of music, from 1379(1999), he started recording and mixing music.
In 2014, Alireza, in collaboration with Sepand Elahi, released the music album "Yek" (One) having him as the co-vocal with Sepand and after that he released some pieces, but for some reason, he withdrew from singing.
He has done sound recording and mixing for more than 80 music tracks, most of which have been recorded in Shabahang Studio. Since 2002, he has been working as a producer of music albums, which have been published and distributed through Shabahang Music Publishing. Is.
Alireza is the Vice Chairman and Deputy Managing Director of Avaye Shabahang Cultural Institute.
Alireza has produced.
Between 1981 and 1993, he performed a series of research concerts in the field of preserving Persian literature and live performance with the cooperation of different people, such as "Jahandar Molk Sokhan Concert" and "Preservation of the 100th Anniversary of Shahnameh Writing". "Rumi" and...
Alireza has a bachelor's degree in English language and literature from Damavand University and a master's degree from Damavand Branch of Azad University.
In 2017, with the collaboration of Ali Sabet, he entered the field of live music performance. His first collaboration as an executive director was with Mohammad Reza Golzar in concerts in Tabriz, Zahedan, Bandar Abbas, Kish, etc., and in February 2017, his collaboration with Farzad Farzin (directed by Ali Sabet) began.
Alireza is currently managing the production and release of music for new and talented singers.

Some of the singers and Composers and Musicican with whom Alireza has collaborated are: